On 9 March 1997, the Scottish #racing driver #davidcoulthard drove to victory at the Australian Grand Prix in a McLaren-Mercedes. It marked the first win for the Silver Arrows since the Stuttgart brand made its #f1 comeback. For at the end of 1955, following two world championship titles for Juan Manuel Fangio, Mercedes-Benz had pulled out of Formula 1 #racing while at the height of its success. 40 years later, it teamed up with McLaren for the 1995 season, and in 2010 Mercedes-Benz finally set up its own Formula 1 team, MERCEDES-AMG PETRONAS. Since the triumph in Australia 20 years ago, the Stuttgart brand has racked up countless victories and its drivers have won the Formula 1 world championship on a total of seven occasions: 1998 and 1999 (Mika Häkkinen), 2008 (Lewis Hamilton), 2009 (Jenson Button), 2014 and 2015 (Lewis Hamilton), as well as 2016 (Nico Rosberg). 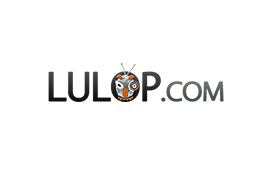