Bentley’s “luminary” booth concept, which was launched in 2013, offers up to 780m² of space and follows the new #bentley corporate identity. The booth consists of two levels: The ground floor serves as the display area for the whole #bentley model range, including Continental, Flying Spur, Mulsanne and Bentayga. A total of seven cars can be shown, up to five on the main square and two in the rear area. The ground floor also hosts the so called “Personalisation and Inspirator Area”, the “Mulliner Lounge”, the “Performance Lab”, the “Bentley Boutique” and the “Media Zone”. The Personalisation and Inspirator Area offers a space on the stand for customers to specify their cars. With access to the inspirator app, the car configurator and a selection of paint, leather and veneer samples, customers can specify cars in complete confidence. In the Mulliner Lounge it is shown, that the requirements of Bentley’s most discerning customers can be matched and turned into reality. The Performance Lab, which is unique to the Geneva Motor Show, showcases Bentley’s performance capabilities. With an insight into Bentley’s all-wheel drive capabilities, new infotainment systems and off-road capabilities, visitors are able to immerse themselves into the world of Bentley’s performance. In order to provide #bentley customers and enthusiasts with carefully designed and high quality branded goods such as bags, clothing and accessories, the booth also offers the #bentley Boutique.  On the second floor #bentley invites its guests to the “CW1 Lounge”, offering exquisite catering in a calm and comfortable atmosphere.

The appealing design and clear structure of the booth is inspired by the Bentley’s design cues and DNA as well as the world of high luxury. For example the adoption of a diamond pattern as an element of 3D design language was inspired by Bentley’s matrix grille and quilted leather. Throughout the stand, iconic #bentley materials such as leather and chrome detail are considered at every joint and junction. The dynamic illuminated façade that is called “luminary” impressively uses light in an intelligent and differentiating way. Glass back-lit by 90,400 LEDs on the Geneva show stand ensures a design feature which is a must-see destination creating a perfect harmony between luxury and performance.

Every year, the Creativity Award, founded by the “Club de publicité et de communication de Genève” (CPG), gathers a panel of communications experts to the Geneva Motor Show. After an extend walk-around and visit of all booths, the jury favoured #bentley Motors as this year’s winner. 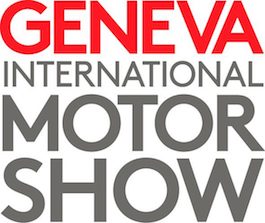